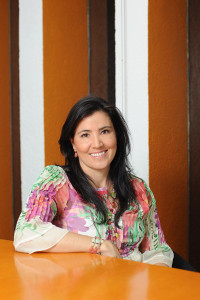 Mrs. Lebrija is Executive President of Fundación Televisa A.C.1 and member of the Board of Directors of Televisa Foundation. Her professional career began in the academic sector as Professor of economics and later as Dean of the School of International Relations at ITAM, one of Mexico’s leading private universities. In 2000 she was invited to join Fundación Televisa as the Director of Education. 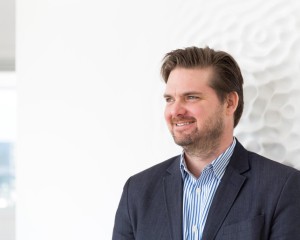 Ben Powell is Founder and CEO of Agora Partnerships. Ben became convinced of the power of small business to transform poor communities in Mexico, where he co-founded CityGolf Puebla, a miniature golf course and family recreation center. After working as a Presidential Management Fellow at the Office of Management and Budget, he left to attend business school and launch Agora Partnerships. Since graduating in 2005, Ben has been named a Draper Richards Kaplan Foundation Entrepreneur, a BMW Foundation Young Leader, and an Ashoka Fellow. He was a Social Venture Network Innovation Award honoree in 2009 and named one of 2010′s top 40 under 40 development leaders in Washington, DC. He earned an MBA from Columbia University, where he was awarded the inaugural alumni social innovation award, and an MSFS with distinction from Georgetown University. Ben has a BA with high honors from Haverford College, where he co-founded Tres Nacos Quesadillas Delivery and the Lighted Fools improv troupe. A native of Cambridge, Mass., Ben lives in Washington, DC with his wife and three children. 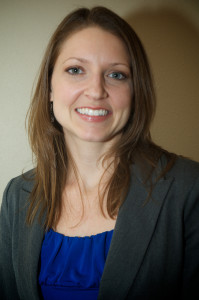 As the Regional Senior Loan Officer, Brittany Woedl leads the Colorado team in Accion’s work to support aspiring entrepreneurs and small business owners with access to capital to start or grow their businesses across Colorado. She joined the Accion Colorado team in December 2012. Brittany, originally from Indiana, completed her undergraduate degree at Indiana University and obtained a Master’s in Global Finance, Trade, and Economic Integration from the University of Denver. Prior to coming to Accion, Brittany spent a year in Polokwane, South Africa as a Fulbright English Teaching Assistant. 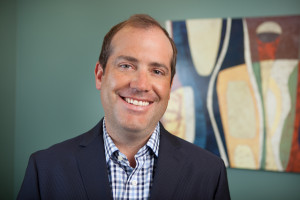 Casey Verbeck is Director, Western Region. He leads strategy and business development in the western U.S. Casey is very skilled in helping families, individuals and foundations align their wealth with their values. He is a member of the firm’s Marketing and Business Development team with a national purview on marketing.Casey is a proven entrepreneur and executive who is knowledgeable and passionate about impact investing. Over the past 16 years Casey built and managed two firms focused on strategic advisory and business management. 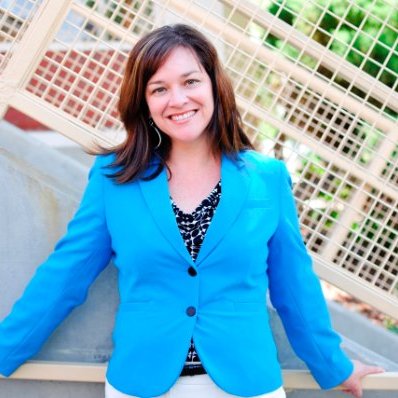 Christine is a skilled nonprofit executive and community leader with more than 20 years of experience in the sector. She is known for her keen strategic thinking, entrepreneurial efforts, dynamic leadership, public speaking, community advocacy and social impact. Christine is the CEO/Executive Director of Mi Casa Resource Center, is a recognized community and nonprofit leader. She was named the 2013 9News Leader of the Year and recently recognized as one of the 2015 Top 25 Most Powerful Women in Colorado by the Colorado Women’s Chamber. 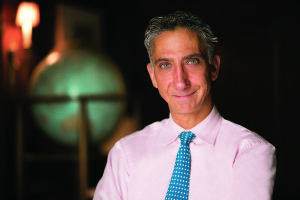 Christopher Sabatini is the founder and editor of a soon-to-be launched(May 2015) news and opinion website www.LatinAmericaGoesGlobal.org and an adjunct professor at the School of International and Public Affairs (SIPA) at Columbia University. From 2005 to 2014 he was the the senior director of policy at the Americas Society and Council of the Americas (AS/COA) and the founder and editor-in-chief of the hemispheric policy magazine Americas Quarterly (AQ). 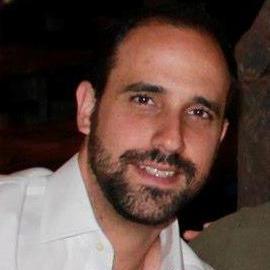 Daniel is the founder of Alterna, the first social innovation and entrepreneurship center in Central America. Since Alterna´s inception in 2010 Daniel has formed and leaded a multinational and multidisciplinary team that has founded two clean tech social ventures for rural BoP populations and cultivated more than one hundred and fifty Guatemalan entrepreneurs with social and environmental impact. 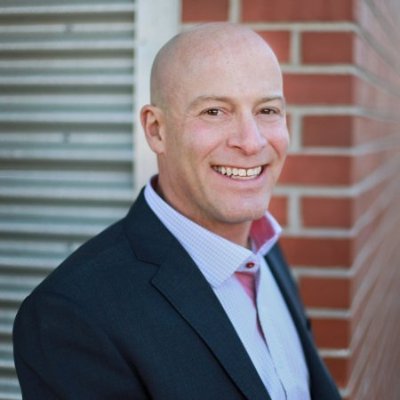 Douglas Smooke is the Managing Principal and Chief Investment Officer of Renaissance Wealth Management, where he oversees investment strategies and portfolio design for families, professionals and small business retirement plans. 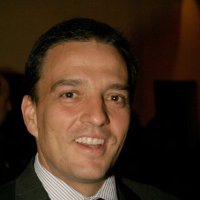 Graduated from the Universidad de Los Andes in Bogota with a master’s degree in International Business Management from Thunderbird Global School of International Management. He has worked in various industrial sectors including: graphic arts, food and beverages, personal hygiene products, fresh-cut flowers, construction, financial services, and the social sector. His experience has been mainly focused on management and project development. Currently, Fernando is Fundación Bolívar Davivienda’s Executive Director in Colombia. 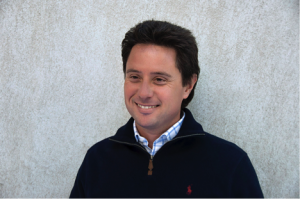 Gabriel Sánchez Zinny is the Director and Founder at Kuepa.com, a blended learning initiative in Latin America. Prior to Kuepa Gabriel founded Edunexo.com. He is coauthor of four books on education policy, including the most recent one Education 3.0 The Struggle for Talent in Latin America. 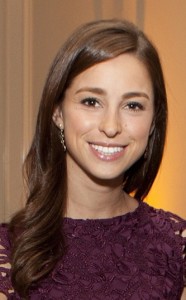 Jackie is Managing Director of Endeavor Catalyst, based in San Francisco. Endeavor Catalyst is an impact investment fund that enables investors to generate a competitive return and financially supports Endeavor’s work in new and existing markets.Prior to joining Endeavor, Jackie was at Google managing strategic partnerships with online publishers. She started her career at J.P. Morgan in New York City assisting U.S. companies with debt financing on the Investment Grade Debt Capital Markets team.Jackie graduated from the Huntsman Program at the University of Pennsylvania with a B.S. in Economics and a B.A. in International Studies, minoring in French. 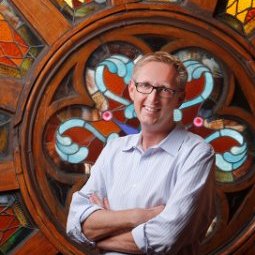 Jamie Van Leeuwen currently serves as the Senior Advisor for Governor Hickenlooper after three years as the Deputy Chief of Staff, Senior Advisor, and Director of Community Partnerships. Leading up to the Hickenlooper administration, he worked as the Policy Director and served on the transition team for the Hickenlooper for Colorado gubernatorial campaign. He is also the founder and Executive Director of the Global Livingston Institute, a non- governmental organization in East Africa designed to engage students and community leaders to develop innovative solutions to poverty and is a Senior Research Fellow with the Buechner Institute at the University of Colorado Denver School of Public Affairs. 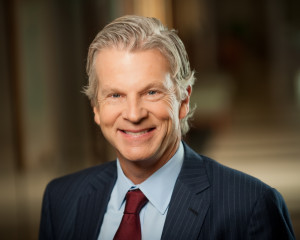 Currently a director of Sun Products, St. John Knits and HealthGrades, Jim previously served as a director for Celestial Seasonings, Del Monte Foods, Consolidated Container, Michael Foods and Wabtec, among others. He is also a board member at the National Fish and Wildlife Foundation and The Nature Conservancy Patagonia. Previous community boards include The Denver Foundation and the Clayton Foundation. Jim earned a B.S. from the University of Northern Colorado, an M.B.A. from Yale University and a J.D. from the University of Notre Dame. 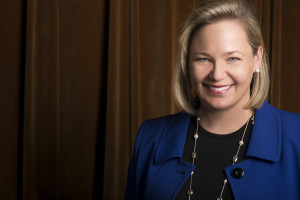 Kim Coupounas is a visionary leader and entrepreneur who is a passionate advocate for responsible business and the environment and a firm believer in the power of the corporation to do good in the world. Kim serves as a Director of B Lab, a nonprofit organization that certifies “B Corporations” and serves a global movement to redefine success in business so that all companies compete not only to be the best in the world,but the best for the world. 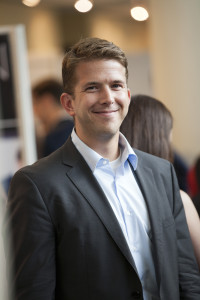 Kusi Hornberger is Director of Investment Strategy at Global Partnerships a Seattle based impact investment organization. He is also founder and lead blogger at Social Impact Business Models (SIBM.co). He has over ten years of economic development focus investment and management consulting experience with Bain & Company and the International Finance Corporation. He also holds an MPA/ID from the Harvard Kennedy School and an MBA from INSEAD Business School. 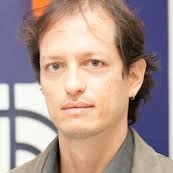 Has 15 years of experience in business sectors, finance and social. Prior to founding SITAWI, was director of the Economic Citizenship for All for 2 years, in Ashoka and worked at McKinsey for 8 years, where he supported clients, mainly from telecommunications and energy in their strategic and operational challenges. Previously had experience with derivatives and CADE, the Brazilian antitrust agency. He was elected Senior Fellow Synergos and Young Global Leader BMW Foundation. MBA from Harvard Business School. Production Engineer at USP. 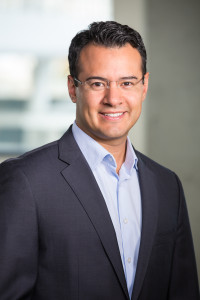 Luis serves as investment director at Gary Community Investments. His role includes identifying and developing public-private partnerships to foster philanthropic and market-rate investment opportunities that encompass financial returns and social impact for lower income communities in Colorado. In addition to this role, Luis is also serving as advisor at the Colorado Impact Fund –a venture capital firm, and as advisor for Blackstone Entrepreneurs Network Colorado. 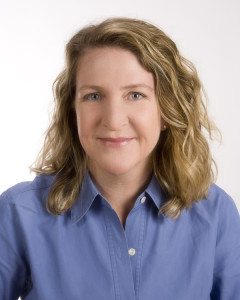 Over her past 15-years-work in public policy, Mary has been deeply involved in some of the most impactful innovative financing programs in Colorado. As Director of Initiatives for the Colorado State Treasurer, Mary developed and implemented the Building Excellent Schools Today (BEST) Act. This innovative approach to financing public school capital construction brought $1 billion of new funding to schools. In addition, Mary structured nearly $2B in long-term bond financings for the state and created two separate state bond programs that use cost savings for repayment dollars. 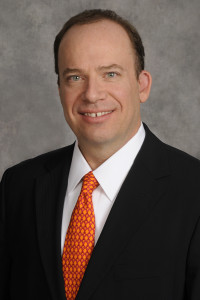 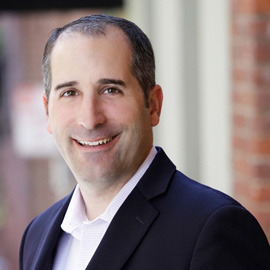 Raúl Pomares leads the firm's overall investment and business activities, and maintains portfolio management responsibilities for select strategies. Prior to co-founding Sonen Capital, Raúl served as a Managing Director at Springcreek Advisors, where he was in charge of the firm's portfolio strategy. Previously, Raúl was a Portfolio Manager at Guggenheim Wealth Management, where he developed integrated multi-manager portfolios for institutional and high net worth clients. In particular, Raúl applied his expertise across a broad range of impact investment themes to create an integrated manager research and portfolio construction methodology for investors. Earlier in his career, Raúl co-founded a boutique wealth management firm where he directed client services and portfolio management. He has also served as an investment advisor, international private banker and consultant on behalf of global financial institutions and private investors. 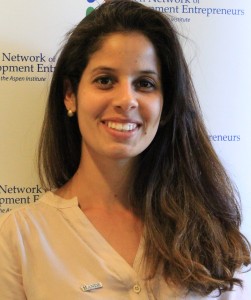 Rebeca Rocha is the ANDE Brazil Chapter Coordinator since 2012. Part of The Aspen Institute, Aspen Network of Development Entrepreneurs (ANDE) is a global network of organizations focused on supporting small business growth for operating social and economic impact in developing countries . With experience in marketing,communication and institutional relations in Recife, São Paulo and Egypt, Rebeca worked in a social business focused on developing innovative trading solutions for the agricultural and food markets in Brazil. 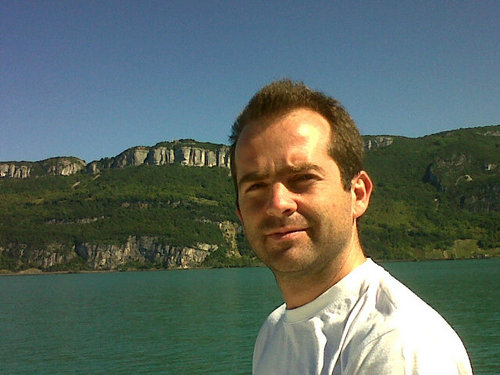 Trilingual executive and entrepreneur with a unique background in business development, management and strategy who generates significant profit in diverse type of projects by increasing market penetration and developing articulated strategies. Excels at seeing the big picture, identifying value generating opportunities and managing initiatives with a start-up approach. Builds lasting bonds and relationships through outstanding communication and networking abilities. Successful negotiator and closer. 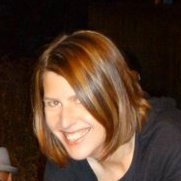 Trish Rogers is Co-Chair of the Business Section at Moye White LLP, a Certified B Corp., and has over 17 years of experience working with entrepreneurial companies in diverse industries, as well as investors and lenders helping to grow those companies. With a background in cross-cultural communications and international tax, Trish also assists clients with both inbound and outbound international transactions. 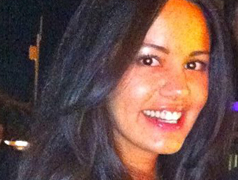 Zuleyma is the Co-Founder of ImpactSpace- the largest and open database of impact investors, entrepreneurs and deals. Zuleyma leads the organization's data initiatives and partnership development efforts. With a Master’s degree in Investment and Development from the Monterey Institute of International Studies and a B.A. in Political Science from the University of Florida, Zuleyma is dedicated to sustainable development solutions and supporting the growth of the impact investment industry.