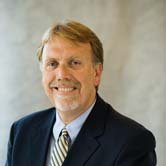 Randy Newcomb is President and CEO of Humanity United, one of the world’s largest private donors in the field of international human rights. Humanity United seeks to build peace and advance human freedom in the corners of the globe where these ideals are challenged most. Dr. Newcomb oversees Humanity United’s international grant-making portfolio, as well as its direct advocacy activities, and lead’s the organization’s long-term strategy. He speaks and writes frequently on international human rights issues and has appeared as an expert commentator for such media outlets as CNN, ABC News, and National Public Radio. Previously, Dr. Newcomb was a vice president of Omidyar Network, a philanthropic investment firm co-founded by eBay founder Pierre Omidyar and his spouse, Pam Omidyar. Before joining Omidyar Network, Dr. Newcomb led Golden Gate Community Inc., a community development agency based in San Francisco, for more than 13 years. Dr. Newcomb was a fellow at the Center for Social Innovation at Stanford University and an international development fellow at the University of Bath, England. He holds a doctoral degree from the University of San Francisco and master's degrees in development economics and cross cultural studies from the University of Bath, England