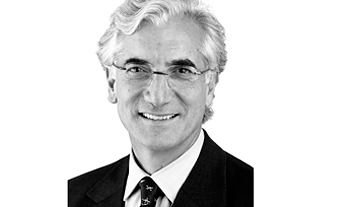 Sir Ronald Cohen is Chairman of The Portland Trust and Bridges Ventures and a Director of Social Finance. He was the founding partner and former chairman of Apax Partners. Sir Ronald is a member of the Harvard Board of Overseers, on the Board of Dean's Advisers at Harvard Business School, a Vice-Chairman of Ben Gurion University and a member of the University of Oxford Investment Committee. He is also a Trustee of the British Museum. He was a founder director and past chairman of the British Venture Capital Association and a founder director of the European Venture Capital Association. He was also a founder and former Vice-Chairman of EASDAQ and former director of NASDAQ Europe. He was Chairman of the Social Investment Taskforce and the Commission on Unclaimed Assets. He has recently published "The Second Bounce of the Ball - Turning Risk into Opportunity" about entrepreneurship. He is a graduate of Oxford University, where he was president of the Oxford Union, an Honorary Fellow of Exeter College, and has an MBA from Harvard Business School, to which he was awarded a Henry Fellowship. Sir Ronald was a recipient of the HBS Alumni Achievement Award.