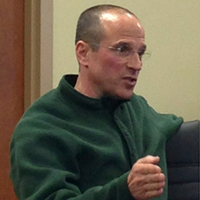 Dan Leff has extensive operating experience building, leading and restructuring global energy services businesses. He recently served as chief executive officer and member of the board of directors of Hara, a global energy and sustainability enterprise software company. Previously, Dan was an Advisory Partner at Clayton, Dubilier & Rice, where he worked actively with CD&R on sourcing and evaluating new transactions, as well as providing strategic insights related to CD&R portfolio company matters. Formerly, Dan served at Invensys plc, a £7 billion worldwide manufacturing and services company, where he co-led a turnaround as co-COO and as COO of the Energy Management Division. Before joining Invensys, Dan was selected to be chairman and CEO of Enron Energy Services by the creditor-appointed management team to help the parent corporation following its 2001 bankruptcy filing. Earlier Dan was COO of Enron Energy Services and also led the restructuring of the parent company’s international power plant and pipeline engineering and construction business. Dan previously founded a forward-looking energy services company, which he sold to Enron in 1997. Prior to that he operated, acquired and sold a New York City-based energy services company. Dan serves on the boards of a private company and non-profit organizations and has served on the board, audit and compensation committees of a publicly traded company. Dan holds a Bachelor of Science degree in Mechanical Engineering from Union College in Schenectady, New York.