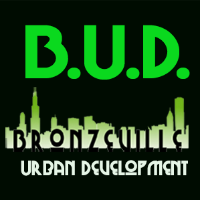 Bronzeville Urban Development is a not for profit 501 c 3 organization dedicated to sustainability. They started this quest to bring urban agriculture on a commercial scale to the south side of Chicago by remediating a 2.5 mile stretch of rail embankment that once linked the trains running adjacent to Lake Michigan to the Stockyards on the west of the city. After the stockyards closed part of the line was used as a commuter line. That too closed in the 1970's when demand dropped. Since then the embankment has been viewed by many local residents as an eyesore but to us it appears an opportunity.