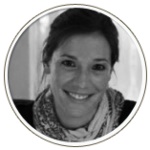 Gabriela Enrigue Gonzalez is the founder of Prospera. Since June 2008, Gabriela has been consulting for the World Bank Group in the Finance and Private Sector Development Division, where she collaborates with the Doing Business project. She has worked in countries including Colombia, Kenya, Indonesia, the Phillippines and Pakistan, to improve commercial regulations and foster entrepreneurship and Small and Medium Enterprise (SME) growth. In 2008, she co-founded CREA, a non-profit focused on empowering women entrepreneurs in rural Mexico. In 2009 she founded PROSPERA, a social enterprises offering low cost supplies for microenterprises, where she is in charge of strategic partnerships, fundraising, finance and leading the PROSPERA team to begin formal operations by the beginning of 2010. She has received the Banamex National Economics Award (2006), is an Echoing Green Fellow for social entrepreneurship (2008) and received the Architect of the Future 2009. Ms. Enrigue received her Master of Public Policy degree from the University of California, Berkeley’s Goldman School of Public Policy in 2008. She also holds undergraduate degrees in both Economics and Political Science from the Instituto Tecnológico Autónomo de México (ITAM).