Alter Eco is a pioneer of globally crafted organic foods including delicious Swiss made chocolate bars and truffles Bolivian Royal quinoa heirloom Thai rice and Mascobado cane sugar. All Alter Eco products are USDA Certified Organic Fair Trade Certified Carbon Neutral Certified Non GMO Project Verified and Certified Gluten Free. Recognized as a top ranking certified B Corporation and one of the first registered Public Benefit Corporation Alter Eco is dedicated to full circle sustainability throughout its operations and supply chain through four pillars sourcing using Fair Trade principles producing of only organic and non GMO foods creating minimal waste by working towards 100 percent compostable packaging and in setting their carbon emissions via large scale reforestation programs in the cooperatives that produce their crop. These principals are entwined with Alter Eco s commitment to the highest quality ingredients and taste in all its products.

Apeel's technological innovations are based on extracting organic molecules from agricultural byproducts. The molecules are then used to create water based formulations that coat the surface of fresh produce forming an ultra thin natural barrier to camouflage more delicate crops and protect produce from external stressors.

Autonomie Project is a new Fair Trade fashion company offering stylish sweatshop free & eco friendly footwear clothing and accessories. Launched in late 2007 the founders of Autonomie Project were inspired by the lack in the social marketplace of a truly wearable & affordable ethical clothing brand. With the strong desire to effect positive change in our world these few good friends set off to start a small company with big dreams that aligned with the values of the growing grass roots movement towards global sustainability 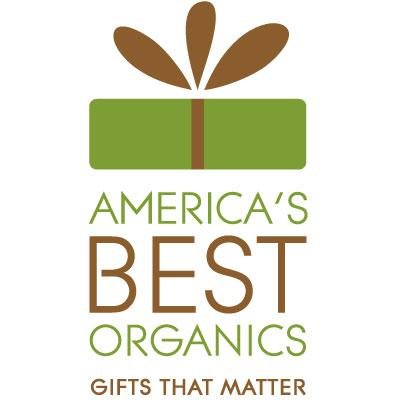 They are the only all organic gift basket company in the USA. Their mission is to promote the growth of organic food agriculture and local economies by serving as the nation s leading provider of all organic and eco friendly gift basket collections.

Burke Agro sources processes and exports the highest quality Nicaraguan all natural organic tropical products through our progressive socially and ecologically responsible business practices. Our products are oriented to the natural food industry.We are committed to providing for the socioeconomic advancement of single mothers small producers and their respective producing areas via technical assistance and long term contracts.We love our frozen fruit juice and pulp dried fruit and nuts and promote the social and health benefits that high quality sustainable organic products offer. 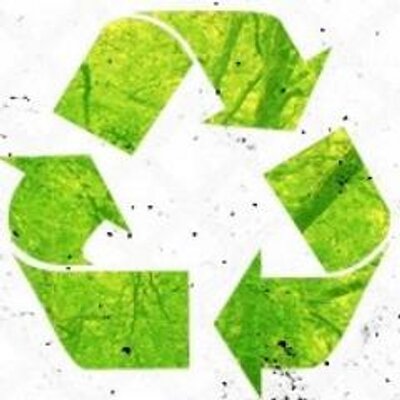 The idea behind Eco Koncepts is an easy one if we all knew what to do in their day to day lives to help impact the planet and their communities positively and painlessly they would all do it. And if that know how came to us in a fun pithy sometimes irreverent way so much the better. Eco Koncepts is the natural next step from traditional environmentalism to a holistic approach to business community and lifestyle. 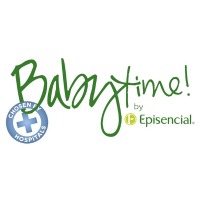 Babytime! by Episencial is dedicated to creating safe effective natural skin care products that enhance the health of babies and young children s naturally sensitive skin. Babytime! is the only skincare brand to make baby safe all natural skincare products that with PROBIOTICS to support skin immunity and help treat common skin conditions like eczema cradle cap and common dehydration. With clinically effective formulas designed to support the health and development of both the skin and body Babytime! provides a protective barrier to insulate vulnerable skin offset environmental contaminants and help keep children safe. Every one of Babytime! s high quality skin care products is made with all natural mostly organic ingredients and contain no unhealthy toxins or chemicals. All babies experience dermatitis inflammation of the skin at some point during their first years of life. Baby time! products combat this by blending advanced skin care technology with actively healthy ingredients including probiotics neem oil juice extracts and botanically sourced essential fatty acids and antioxidants. All of these natural ingredients enhance skin immunity and defend against daily environmental challenges from water sun and air. 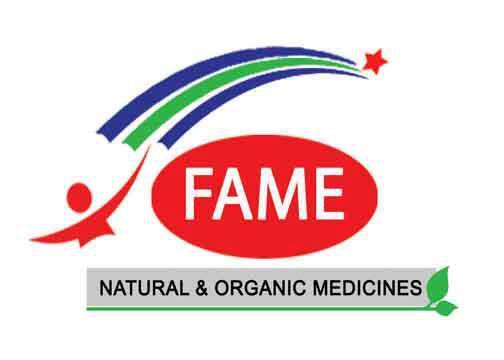 FAME herbal products are made from the finest organic herbs in Myanmar to support your health and wellness. We support an eco friendly environment while actively promoting the cultural and economic sustainability of our local farmers in Myanmar. Our raw ingredients are well cultivated at our local herb farm according to the strict regulations of the organic farming practices established by IFOAM USDA Organic and Australian Certified Organic. Most of our herbal dietary supplements are made with organic ingredients from our organic certified farm and processed at our organic certified manufacturing plant. We guarantee that our herbal supplements are 100% vegetarian and free from artificial colours synthetic chemicals insecticides residue and fertilizer. 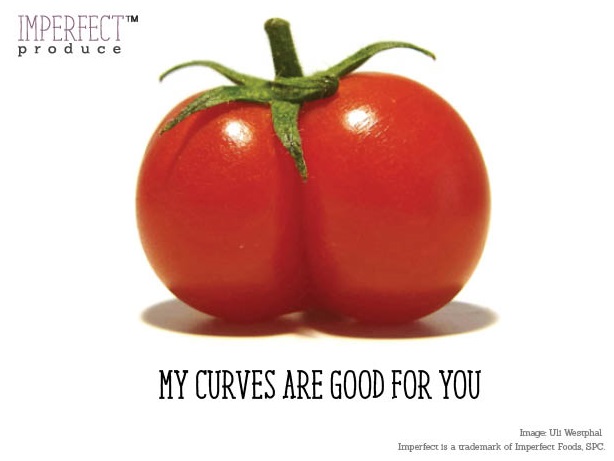 For us this is a story about finding creative ways to reduce food waste. Imperfect is the latest venture launched by Ben Simon and Ben Chesler. We ve been passionate about food waste for a long time always with the same goal in mind Keep food from being wasted and provide it to people instead.rn rnIt all started when we launched the Food Recovery Network in 2011 to recover leftover food from campus dining halls. After 700000 pounds of food recovered and 150 college campuses we began looking for ways to have an even bigger impact. And we found it on farms where 20% of the produce grown never makes it to a human mouth in large part because it is simply the wrong shape size or color. rn rnWe realized that across the country ugly produce (or as we like to say cosmetically challenged produce ) is being treated like a second class citizen. Every year six billion pounds of fruits and vegetables go to waste on farms across the U.S. just for looking a little different from other produce. Instead of going to feed people all that wasted produce is sitting in landfills where it releases methane gas into the atmosphere.rn rnSo we came up with the idea to reduce this food waste while making produce more affordable for all families. We ve teamed up on this project with Ron Clark who has worked for the California Association of Food Banks for the last 15 years sourcing ugly produce to keep it from going to waste. rn rnImperfect gives consumers the chance to buy delicious wonky looking produce at a discount. So instead of going to waste all those odd looking fruits and vegetables will be helping Americans eat healthier at a price they can afford. rn rnWe re excited to start this journey and we would love for you to join us. 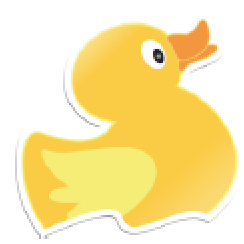 Their products are certified organic and non GMO verified plus they don t have any added sugar artificial colors or flavors or preservatives. They have all the good stuff and none of the bad stuff! Our Tiny Fruits Tiny Fruits Veggies and Tiny Gummies are all vegan and kosher and they Tiny Yogurts are vegetarian and kosher. They Tiny Yogurts and Tiny Gummies also have probiotics to help promote digestive and immune health. Superfoods for super humans!

Mala Ai Opio Community Food Systems Initiative or MAO was established in 2001 to recognize our land and youth as our most important assets and to catalyze educational and entrepreneurial opportunities around these assets to address the root causes of our own cultural social economic and environmental poverty. MAO is an acronym for mala (garden) ai (food) opio (youth) or youth food garden and affirms our belief that when we reconnect and restore the relationship between the land and the people we are able to return abundance and prosperity to youth to their families and to the community. 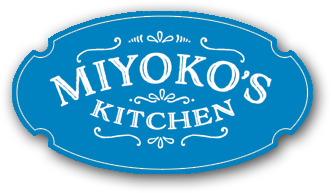 At Miyoko s Kitchen we believe that vegan cheese can be organic delectable and satisfy the most discriminating palates. Our intention is to set the gold standard for cultured plant based cheeses in the US and Europe opening up the passage for people to make the shift to a more humane and environmentally friendly lifestyle.Miyoko s Kitchen produces a full line of handcrafted organic vegan cheese. Our initial line of 10 artisan cheeses will present a wide range of flavors and textures yet unseen in the natural food marketplace from delicate brie to aromatic smoked Gouda from crumbly sharp cheddar to creamy Boursin from tangy Chevre to nutty Alpine style wedges. Our manufacturing facility and storefront is located in Fairfax CA in the historic Good Earth grocery location and we will be the first Urban Cheese Making facility in Northern California. 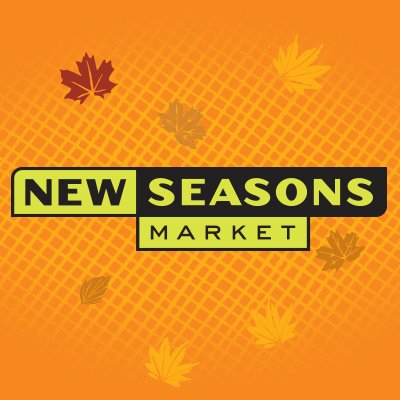 Ten to 15 years down the road they want to have more stores just like the ones you know and love us for today. They will always be your neighborhood grocery store providing ''friendliest store in town service every day. They want to empower customers to vote with their dollars and support positive change. They want to be an active participant in a regional food shed that is healthy and economically viable. And they want to be one of best companies to work for in the Northwest. 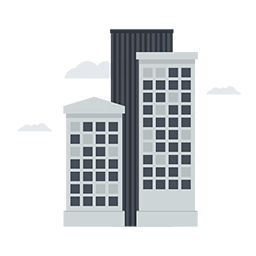 OGO is a fast food business that makes it easy for customers to get local organic and healthier meals on the go and creates a sustainable income stream for local farmers at the same time.

At Peeled Snacks they know that food starts out delicious and nutritious and it doesn't need some machine to improve it or an engineer to perfect it. They strive to bring you natural premium ingredients so you can feel good about snacking. They believe a healthy diet includes a balanced mixture of protein fiber and carbohydrates to help you stay fit and active. Eating well doesn't have to mean eating tasteless bland foods. It does however mean eating a healthy wide range of foods from every food group. They want to make snacking easy and enjoyable whether you're at home or on the go. They know that staying fit and maintaining a healthy diet can often be a challenge when you need a snack in a hurry. 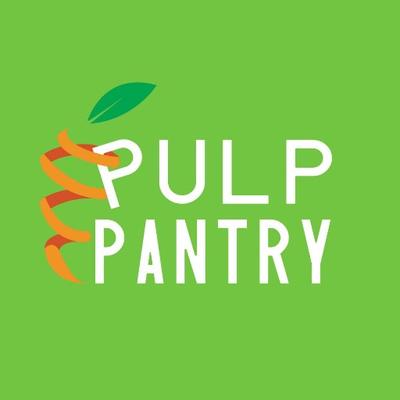 Pulp Pantry is dedicated to transforming forgotten nutrient rich ingredients such as high fiber juice pulp into delicious healthy hand made snacks that make it easy to get your daily servings of fruit vegetables and fiber anytime anywhere. We specialize in delicious paleo vegan gluten free and refined sugar free foods. Our first product to market is a crunchy grain free granola that will change the way America eats breakfast packed with flavor fiber and wholesome fruits and vegetables. 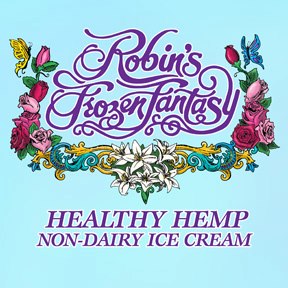 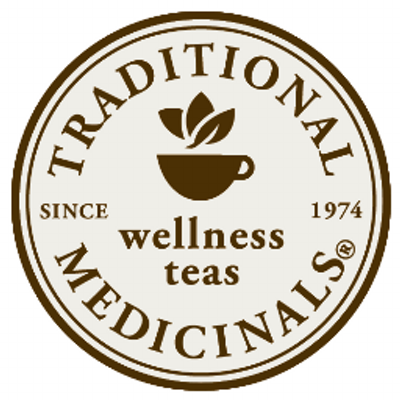 Traditional Medicinals (TM) is a growing financially sound 42 year old herbal medicinal tea company based in Sonoma County CA. The Company manufactures over 50 varieties of tea in its solar powered Sebastopol facility and recently opened a Marketing and Sales office in Petaluma. TM is proud to be the number one medicinal organic and Fair Trade herbal tea company in the US. In 1974 TM pioneered the herbal medicinal tea category and over the years has grown to become the sixth largest bagged tea company in the US. Its products are distributed nationally across all channels from health and natural foods stores (Whole Foods) to all major national grocery chains to mass market retailers (Target & Walmart).